From hotels situated in the Ecuadorian cloud forest to reclaimed villages in Italy, some of the most unique hotels around the world were built with sustainability in mind. That special touch even extends to their origins and how they were created. We’ve rounded up a few of these most uniquely built, environmentally-friendly hotels that will surely take your breath away.

Guests to Mashpi Lodge in the Andean cloud forest of Ecuador can experience wildlife by exploring a nearby river, spotting rare tropical birds, and treading the same tracks as the ocelots, tigrillos, and pumas. At the end of the day’s adventures  guests can return to the comfort of the Lodge.

The 22 rooms and suites on the property are set in a stunning glass and steel building where virtually every wall is replaced by floor-to-ceiling windows. The site of the lodge is a former timber company, so, not one tree was cut down to build it. Much of the structure was also preassembled in Quito, minimizing the environmental impact on the forest and wildlife.

On top of the network of logging roads that once covered the site, workers laid a grid of metal mesh tubes into the land that serve as the foundation of the property. Great care was taken to avoid disturbing the forest.

As a matter of fact, this wasn’t the only move made by Mashpi Lodge to preserve the surrounding environment. The hotel itself is located on a platform left behind by the timber firm that was previously used to store lumber machinery. The location has amazing views, and, as an added bonus, they were able to avoid cutting down trees since the site’s vegetation had already been removed. Designed with tall, vertical lines to mirror the forest and nearby trees, the building almost seems to blend into its surroundings.

Of course there were challenges with constructing a three-story building in the middle of the cloud forest. While it was still being built, the reflection of trees in the windows caused birds to fly into the glass. The windows were then leveled at different angles so that birds wouldn’t hit them.

Transporting materials to the site also proved to be difficult. To avoid disturbing the wildlife, architects used small cars and lots of manpower instead of trucks. Each sheet of glass was carried into the site one by one. As previously mentioned, parts of the property were also built offsite and reassembled once they arrived to diminish the noise caused by construction.

Great care and hospitality is offered to every guest at the Mashpi Lodge. But as you can see, much attention and consideration was also given to the land and wildlife. It’s a win-win situation! 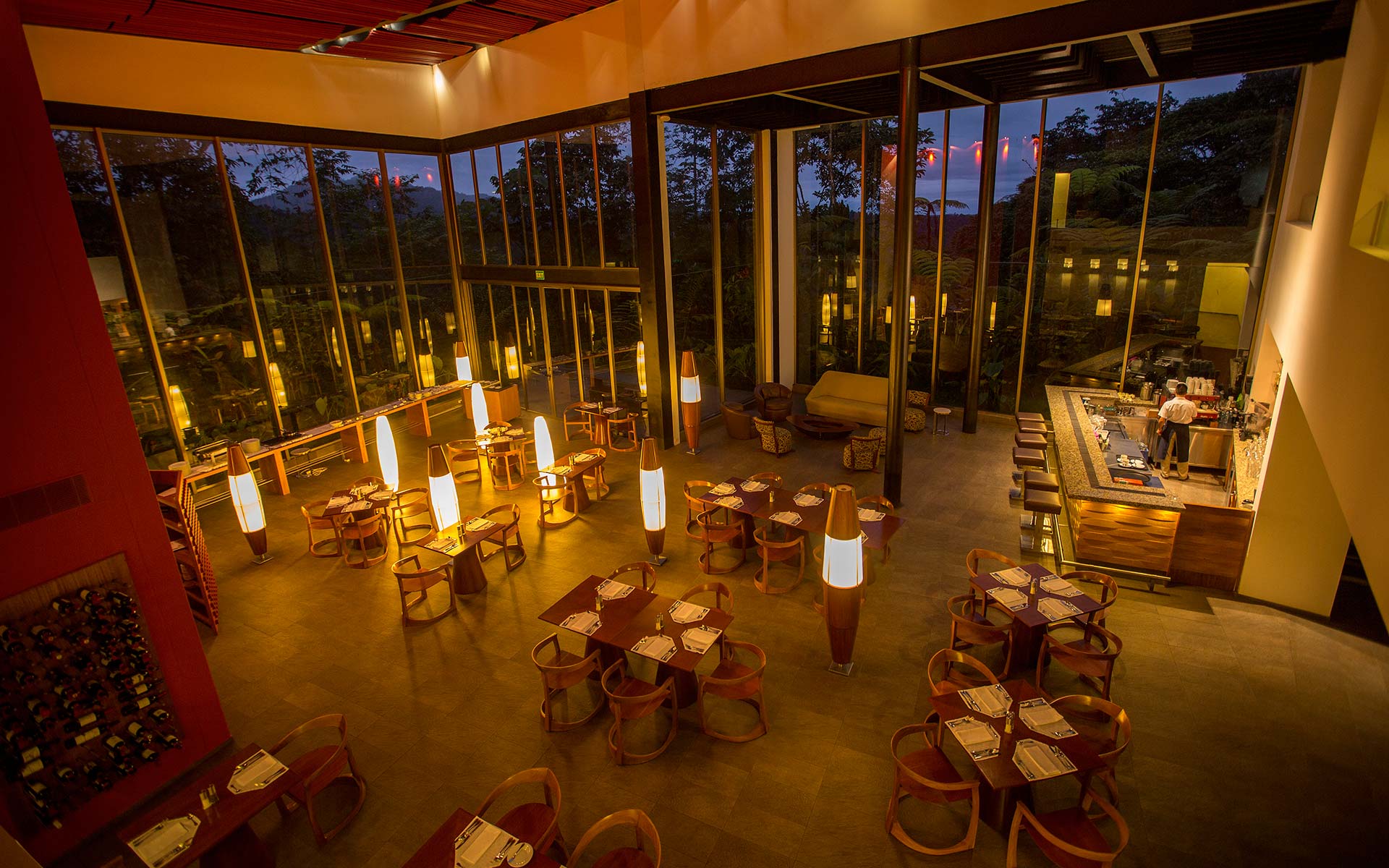 While the island of Sardinia is surrounded by beautiful turquoise waters and lovely white sand beaches, it is said that it’s an island of shepherds and not fishermen.  At one time the island was dotted with “Pinetta” (or “pinnatu” or “pinnetu”), which are simple, round shelters for the sheepherders, built with stonewalls and branches.

Sardinna Antiga, located just a mile from the sea in Santa Lucia di Siniscola, takes this concept a step further by bringing you back in time with a village of eco-friendly huts. Here you can stay in the typical Sardinian homes that were originally shelters for shepherds, and have been recovered and redone in an environmentally-friendly manner.

Although natives lived in the huts as late as sixty years ago, they have since been abandoned. When the structures were renovated, ancient methods were combined with more modern building techniques and only local materials were used. Since there are no sewers in the village, constructed wetlands help avoid pollution. Smoking isn’t allowed on site, and the use of electronic devices in common areas is frowned upon, giving visitors time to disconnect, unplug, and relax.

Even the bed linens are made by the skilled weavers of Mogoro, a town in the Oristano area known for its tradition of craftsmanship. Herbal dyes are used on the linens along with traditional archaic designs.

Who wouldn’t want to spend a night or three in these charming stone huts? The architecture and style are reminiscent of earlier times, with the addition of cozy and modern amenities.

The Milia Mountain Retreat lies in a high, narrow valley in the isolated mountains of Crete. Guests travel to the location by driving on a narrow, dirt road with sheer cliffs and no guardrail on one side, so hold onto your hat!

Dating back to the 16th century, this tiny settlement of old stone cottages was reborn when two local friends, Iakovos Tsourounakis and Giorgos Makrakis, started an organic farm. Soon after, they began restoring the buildings while respecting the environment and capturing the essence of that time.

Close to their own hometown, the village is situated in the hills above Chania, a port city in the west. Once inhabited by families hiding during World War II, the property had been abandoned for decades. It was only used as feeding grounds for sheep.

Initially, the friends aimed only to stop the environmental degradation caused by overgrazing. They terraced the mountainside and planted trees to prevent erosion. But one night they saw the candlelight playing off of the wood ceiling and stonewalls and thought that others might also enjoy staying in the traditional stone and timber houses.

When Iakovos and Giorgos rebuilt the area, they didn’t just bulldoze everything and start from scratch, which would have been easier and cheaper. Reclaiming the village resulted in buildings that look and feel authentic. Thick, exposed stone walls and roofs with chestnut wood beams, along with restored traditional furniture, and wood-burning stoves allow guests to connect with the rich nature and history of this place. 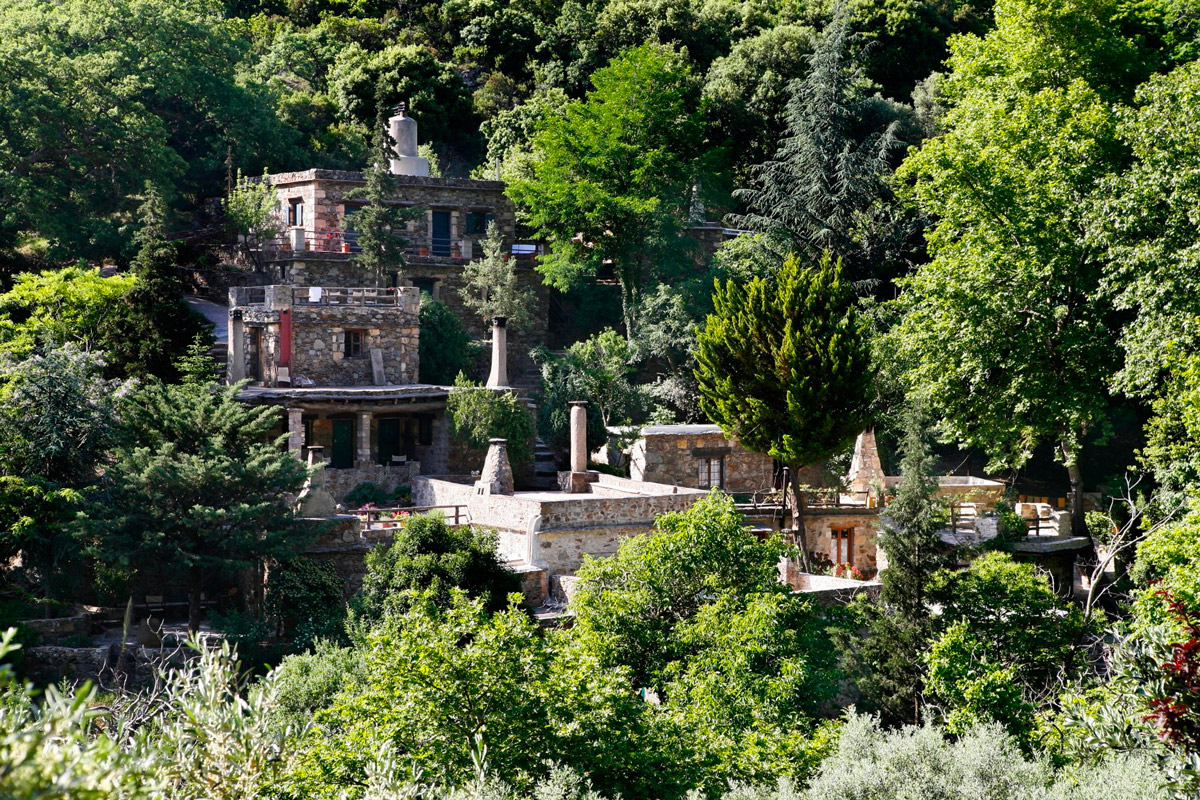 By using sustainable techniques aimed at preserving the local environment, these hotels have undoubtedly faced significant challenges. However they were able to overcome them by combining traditional local architecture and modern solutions to create unique properties that, we hope, will serve as examples for future hospitality developments around the world.

Find these and more sustainable hotels with original stories on Wayaj! 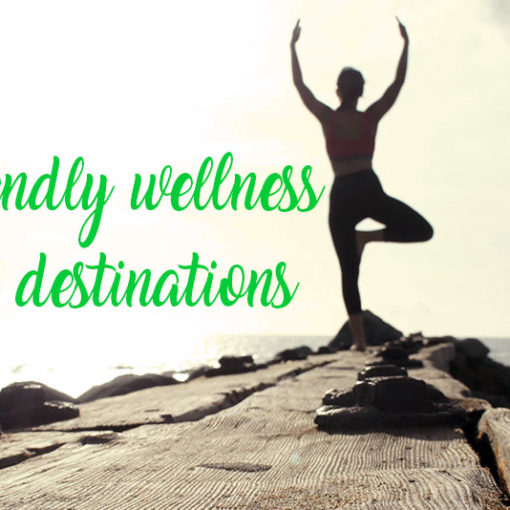 Wellness tourism is one of the hottest trends of the industry in 2019. The Global Wellness Institute predicts that this year, the [...] 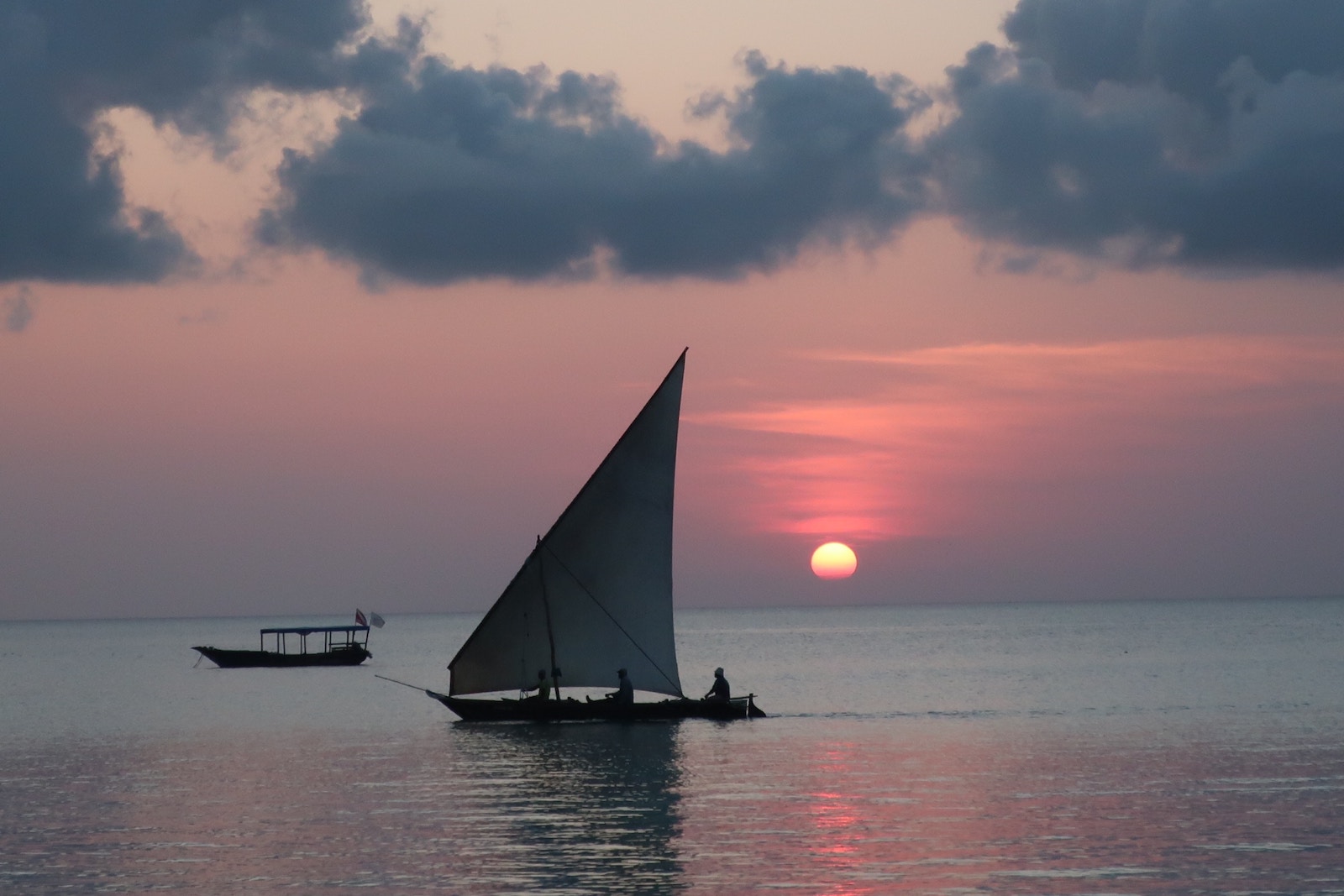 "Atangaye na jua hujuwa" it is a local proverb which means "He who wanders around by day a lot, learns a lot" in [...] 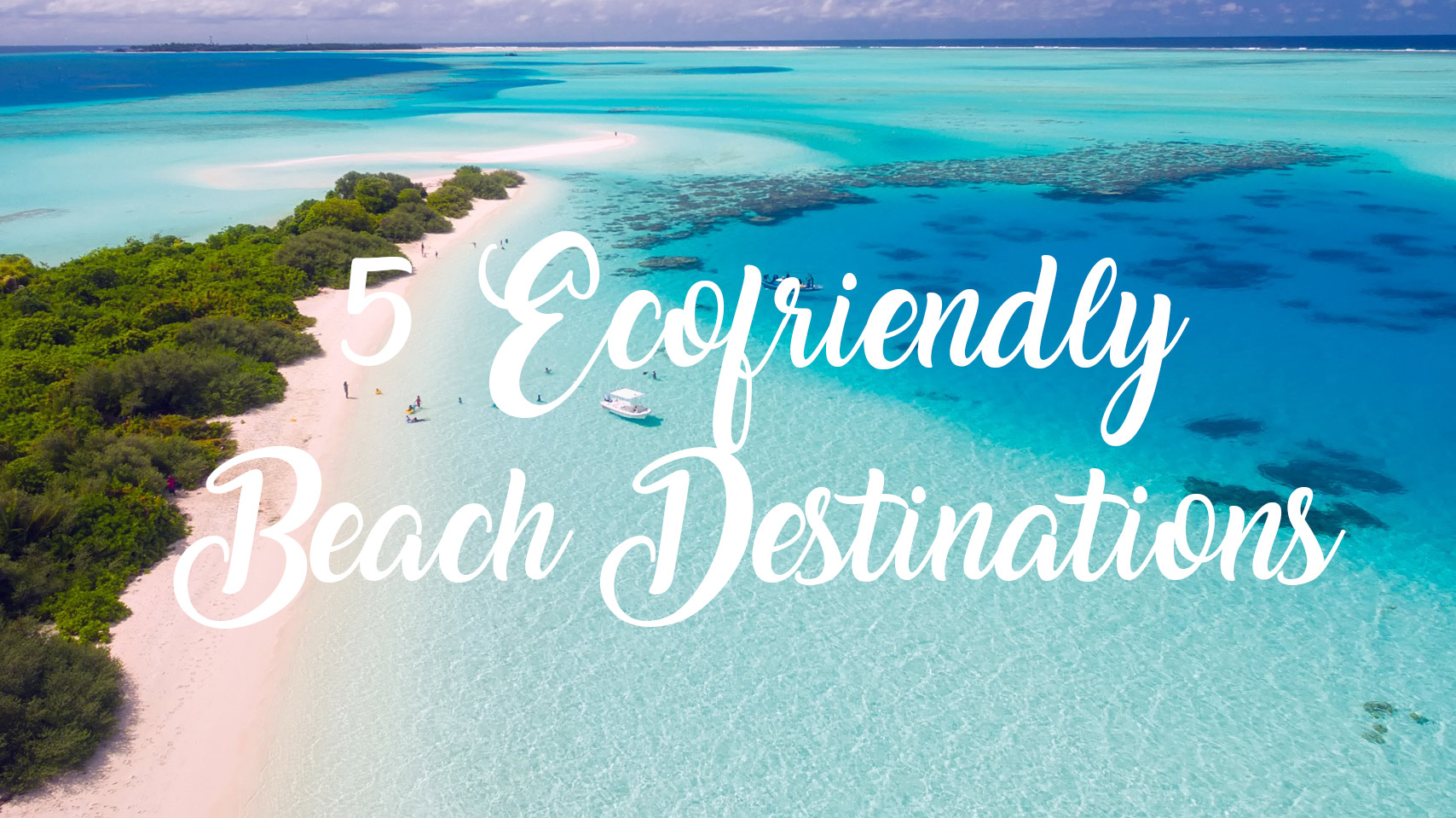 Whether you are a jetsetter or a backpacker, if you plan to have an eco-friendly vacation, on Wajay you’ll find the ideal destination. Here are a few suggestions based on travel types, fashionable, active, with kids, splurge and budget , to help you planning your perfect earth friendly beach escape. 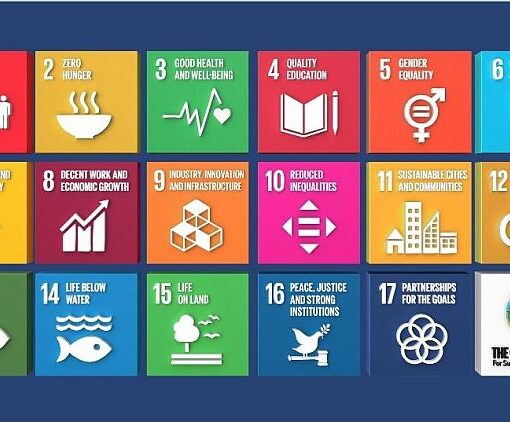 Sustainability in the hospitality industry has risen up the agenda as we enter 2021.  The pandemic is starting to loosen its grip [...]