The statistics and the reality of pollution and climate change can certainly seem scary. But there are cities that are fighting back, and…they’re winning! The idea of the modern world being kind to nature is not just a utopian fairytale. There are places all over the world that are doing just that right now! The air and water are clean and the happiness and contentment among the people is palpable. Who wouldn’t want to visit any one of these cities on our list?

Copenhagen has been called the greenest city in Europe since it spends an inordinate amount of care in developing a state that doesn’t hurt nature. The city aims to become the world’s first carbon-neutral capital by the year 2025 and has been integrating green roofs into their infrastructure since 2010. In addition, by the end of 2019, all buses in Copenhagen will make the shift to electric engines and the city is planting 100,000 new trees by the end of 2025.

Last year Copenhagen launched the “Tourism for Good” promotion. Tourism for Good is one of the first strategies for sustainable tourism in the world to address sustainability from an environmental, social, and economic perspective, and at the same time contributes directly to the Sustainable Development Goals of the United Nations.

On the subject of sustainability….When you’re in Copenhagen, you can be your own captain in the canals with GoBoat. Rent a boat equipped with a solar cell powered engine and a speed of 3.5 knots (6.5 kph/4 mph).

Or tour around the city on your own two legs with Go Running Tours. Travel at sunrise or on a run to architectural sites. There’s even a beer tour! Skol!

One of the best places to stay in Copenhagen is also one of the most environmentally friendly accommodations. The Hotel Alexandra is filled with mid-century vintage furniture and the 100-year-old walls are covered with retro textiles. Download the hotel’s free app to get a guide to “Our favorite places in Copenhagen.”
They also offer a 100DKK (US$15) voucher that can be used at the restaurant next door if you forego cleaning services in your room. Plus, at the hotel bar there’s a free glass of wine each night for guests.

Berlin incorporates a multitude of green spaces into its urban landscape and has more parks than any other city in Europe. More than a third of the city is made up of parks with woodlands and a huge network of rivers, canals, and lakes.

Electro buses run through the city with some using hydrogen-powered internal combustion engines. Trams run on specially built tracks to reduce both air and noise pollution and about half of the households in Berlin don’t even own a car. Twelve percent of all journeys in the city are taken by bicycle.

Exploring Berlin’s network of bicycle paths is a great, eco-friendly way to see the city. Or check out the Green Me Berlin tour to learn about all the ways Berlin’s communities are passionate about recycling, resourcing, and creating a sustainable environment.

Be sure to check out Park am Gleisdreieck, which was created on the grounds of an old U-Bahn (underground) station. It showcases how cities can successfully use contemporary landscaping even when surrounded by an urban backdrop.
The “guerilla gardening” movement is popular in Berlin, with more and more Berliners creating little green areas in spaces across the city. Consequently, vertical agriculture is also a growing trend. Visit indoor farm specialist InFarm in Kreuzberg where they grow plants and herbs and sell them to restaurants.

When in Berlin stay at the Radisson Blu Hotel which is centrally located for all of the city’s attractions. Actually, it has a site of interest right in the lobby! AquaDom, the world’s largest freestanding circular aquarium, is 25 meters (82 feet) tall. Next door to the hotel is Sea Life which has 40 fascinating tanks of marine creatures. 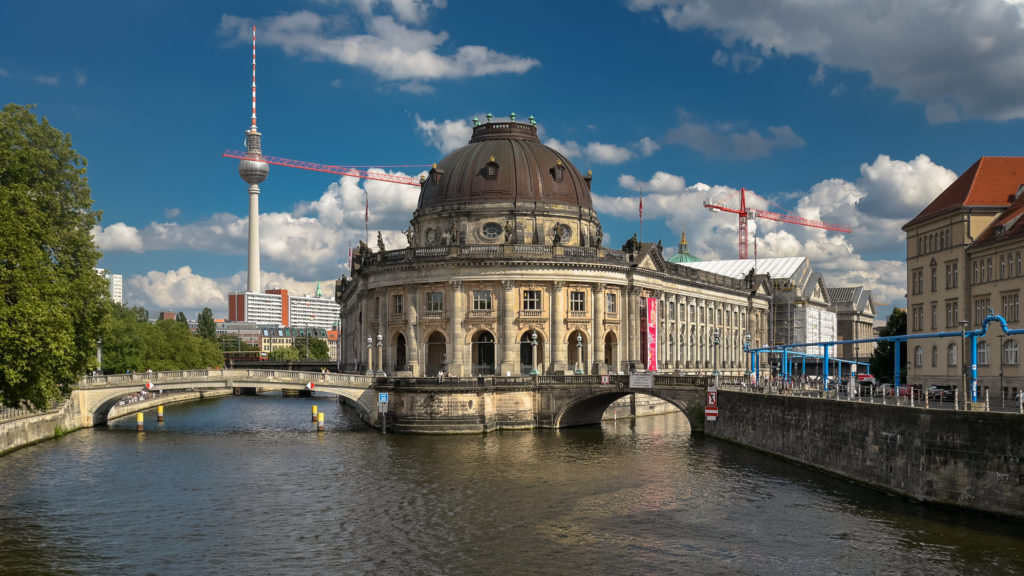 Kyoto, Japan just might be the Copenhagen of Asia. The city boasts a 1,200 year track record of social stability, stewardship, and living in harmony with the environment. Surrounded by lush mountains and filled with green spaces, there are also strict building height restrictions and restraints on advertising signage.

This ancient city is moving away from a heavy reliance on cars and towards getting around by public transport, cycling, and walking. Already, more than three-quarters of personal trips in the city do not use a car. And with the 2010 Walkable Kyoto Declaration, the city aimed to stop being a car-dominated society. Kyoto has an ambitious list of 94 projects promoting walkability.

Kyoto’s high concentration of attractions and friendly roadways makes it a great place to explore on foot or bicycle. The city boasts up to 2,000 temples and shrines, 200 gardens, and 17 World Heritage Sites. One of the best ways to explore the city is by bike, which can be rented for around US$8 dollars per day.

Try Kyoto Eco Trips bike shops. With four locations in the city they have a choice of no gears to eight gears, as well as electric assist bicycles.

In Kyoto The Junei Hotel Kyoto Imperial Palace West is leading the way by influencing policy and designing effective sustainable programs. And there are other enjoyable things as well! While at the hotel take part in a kimono dressing class and then stroll around the city in a beautiful borrowed outfit. After a day spent touring the city, enjoy a hydrogen water bath in your room in a bathtub made with “Shigaraki” ceramics, one of the Six Ancient Kilns of Japan.

The hotel offers special Tanzan Shuzo sparkling sake, as well as Kameya Kiyonaga confections. This shop from 1617 is the only one in Kyoto making sweet rice flour dumplings stuffed with red bean paste. It’s shaped like a moneybag and deep-fried in sesame oil. They’re also considered good luck to eat! 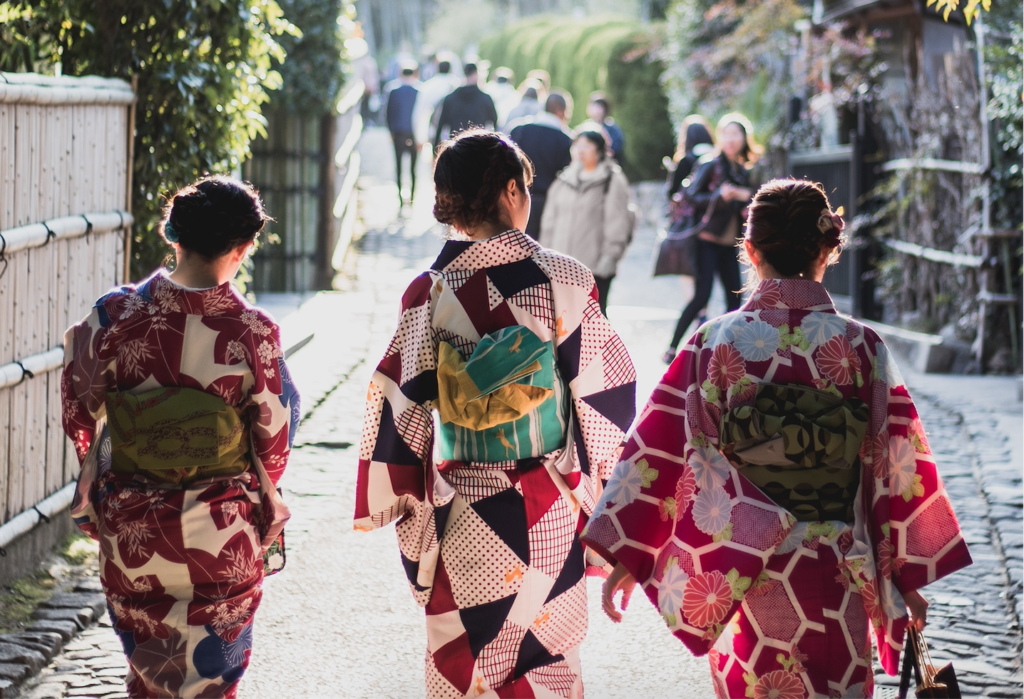 This city has proven itself to be a leader in sustainable living from its banning of plastic bottles to bio diesel buses. Walk in to any store or restaurant and you’ll notice the citywide recycling and composting program. Even the major transportation hubs, like the Ferry Building are working to build a community of green go-getters by hosting vendors that support traditional farming practices and the sale of organic products.

Check out the California Academy of Science for exhibits that promote sustainability and teach natural resource conservation. Visitors can also go up to the Academy’s living roof that powers the facility and from which one can admire the stunning views.

Right across the street is the de Young Art Museum. The museum’s façade is made of recycled copper and inside the café only serves food from growers within a 150 mile (240 kilometer) radius.

Located in the heart of Union Square, the Orchard Hotel is the first LEED certified hotel in the city and has unique features like room keys which generate and conserve electricity. There are also water-conserving faucets and the materials in each room are recycled or organic. The in-house restaurant, Roots, also boasts a sustainably-sourced menu with fusion style cuisine.

Melbourne is committed to becoming a carbon-neutral city and creating a bold and sustainable future. Buildings are improving energy efficiency and reducing waste. Their goal is to retrofit two-thirds of the city’s 1,800 office buildings with state-of-the-art energy and water technology by 2020. There’s also an ambitious storm water harvesting project in effect which allows up to 21 million liters (5,547,613 gallons) of storm water to be captured each year.

While in Melbourne, take a Hidden Secret Tour. They truly operate a sustainable business from off-setting carbon usage to only using local printers and also sponsor community projects like Roof Top Honey (bees on roofs) and Street Smart (helping the homeless). You can find walking tours for foodies and “liquid crafts,” in addition to tours that are handicapped accessible.

Or try Green Me Melbourne which offers unique green walking tours off the beaten track. They’ll take you to the coolest sustainable projects in the city related to fashion, food, urban gardening, and zero waste.

When you’re in Melbourne, if you can’t walk it, hire an electric-powered tuk tuk from Bongo Transit. Tool around town in this open-air, eco-friendly form of transit.

Stay at the Alto Hotel on Bourke, Australia’s first carbon neutral hotel. Hybrid or electric vehicles park for free and there’s also a place to recharge with 100 percent green energy. Get some energy of your own with unlimited free espresso while you relax in the classic late 19th century architectural style. 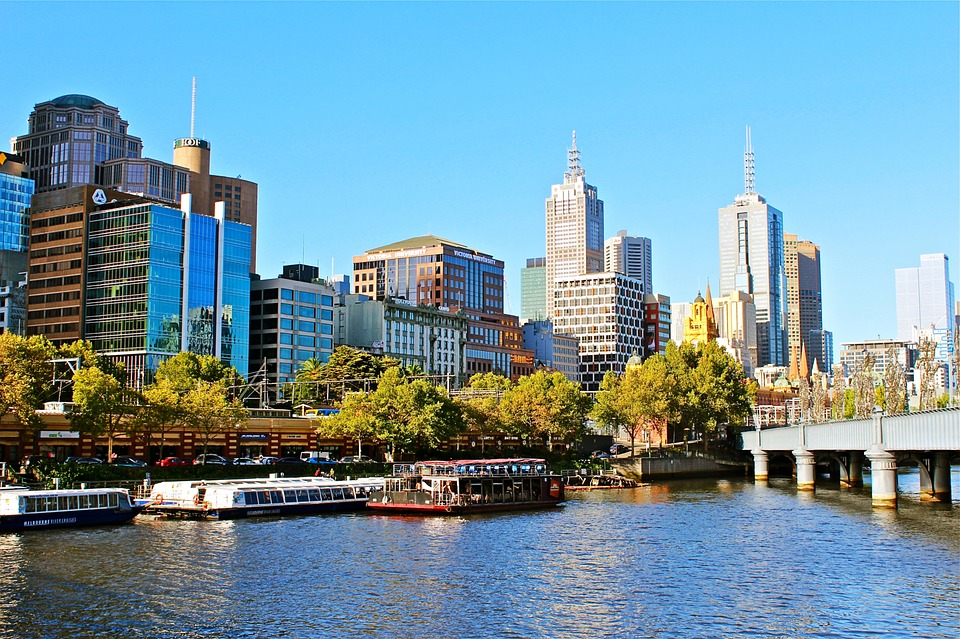 This is just a short list of sustainable cities around the world. There are many others and that number is thankfully growing. Before planning your next trip, check first to see how sustainable your location is! 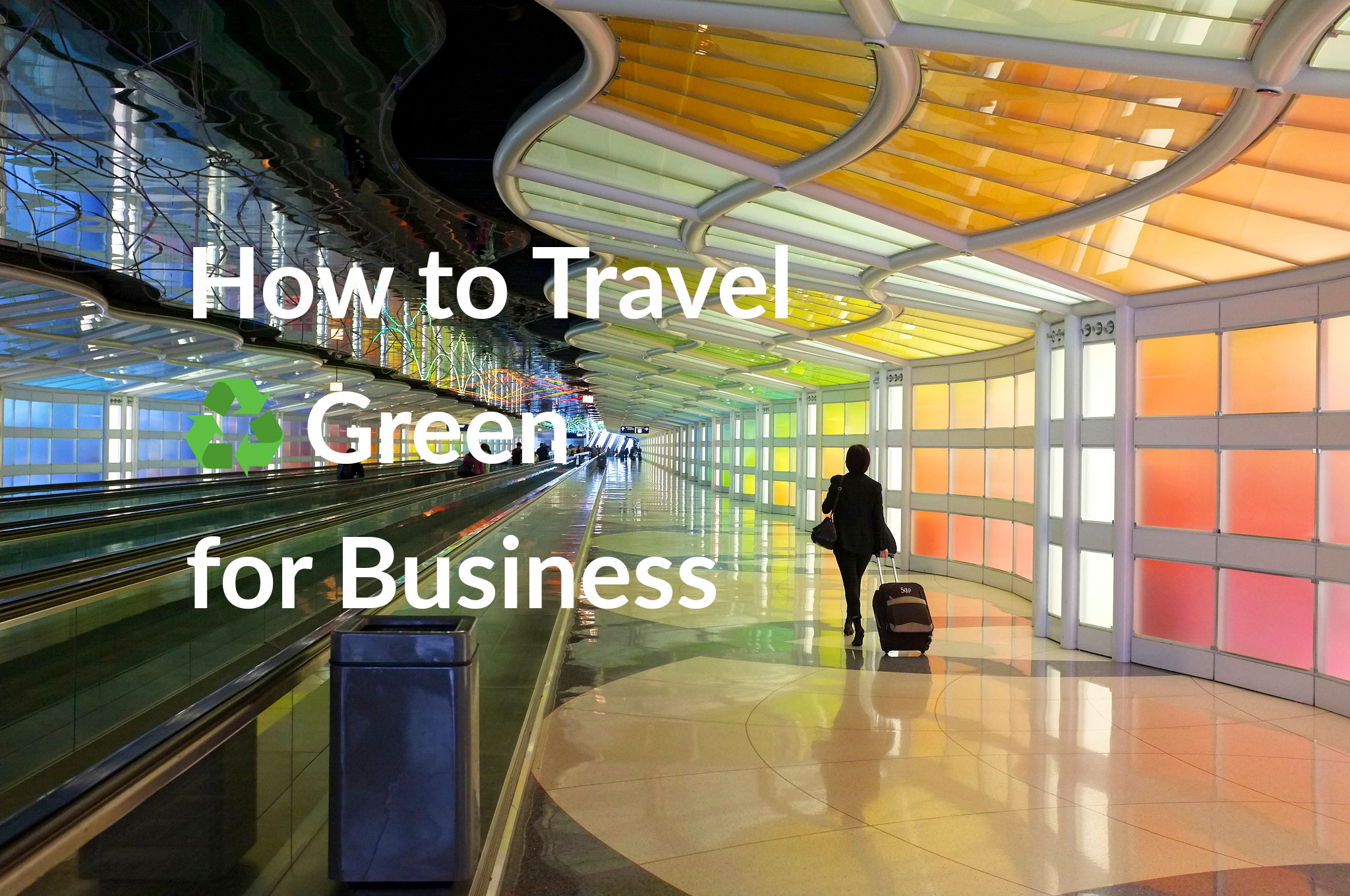 Over 80 percent of global travelers say that they want to travel sustainably, according to a Sustainable Travel Report released by Booking.com. While all Wayajers [...] 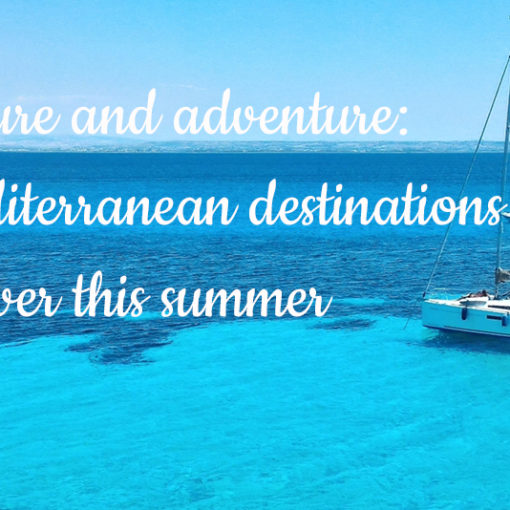 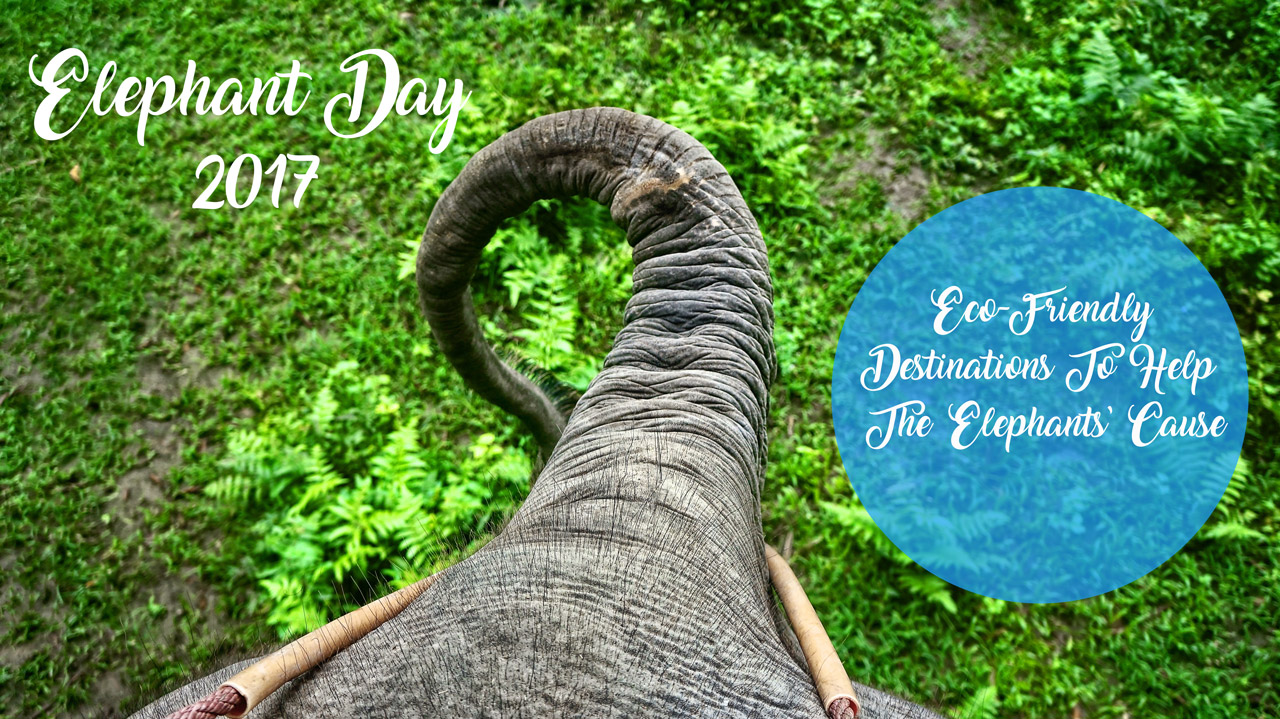 Since 2012, August 12th marks World Elephant Day, a reminder to preserve and protect the elephants around the world. As the tiger, the elephant is another animal that has accompanied humans in their legends, stories and daily lives for millennia. 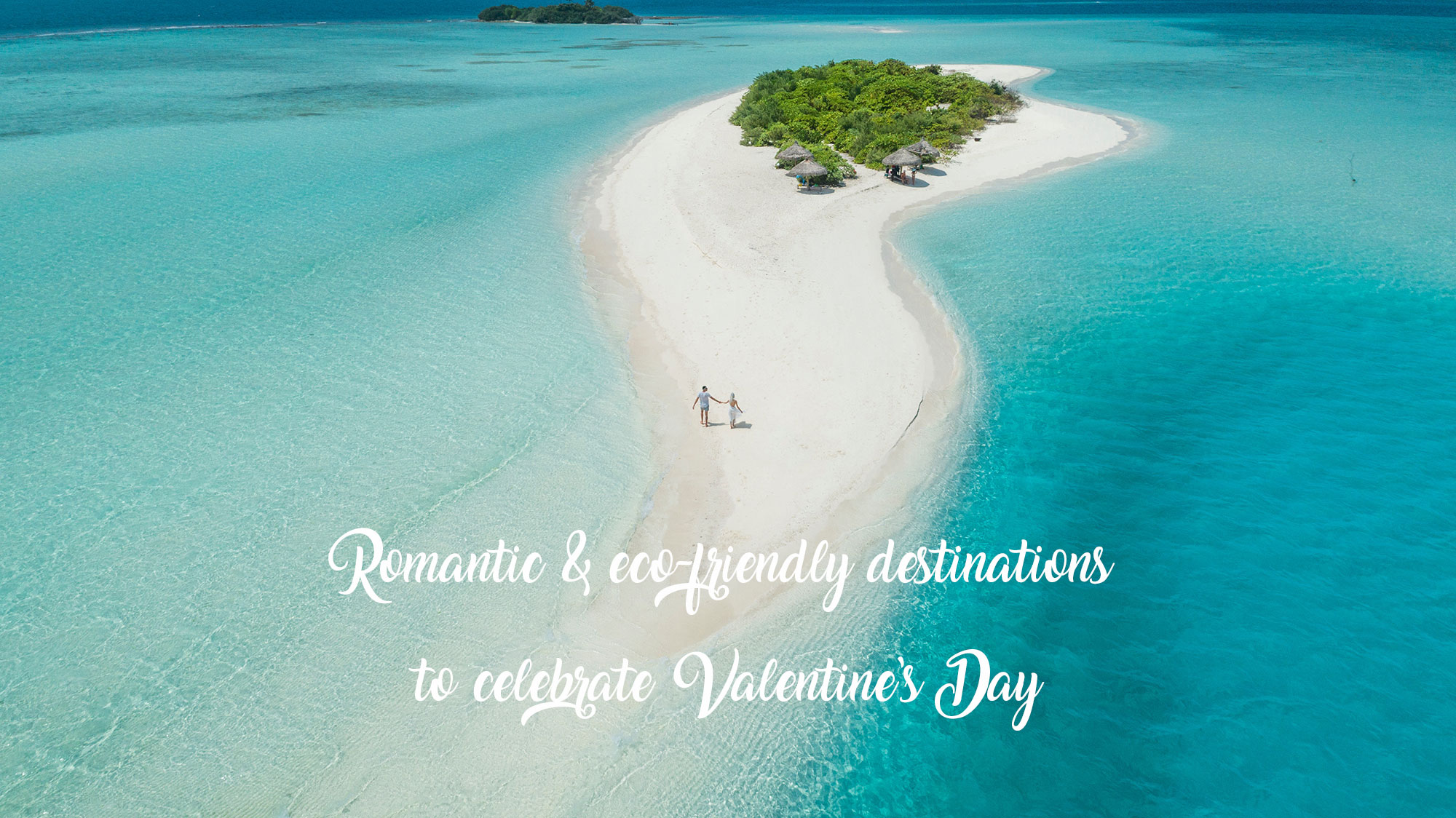 Valentine’s Day is almost upon us. If you're still looking for ideas to sweep your loved one off their feet, read on [...]